X
If you need any help please contact us
ADVERTISEMENT

To use prepostseo Hexadecimal Calculator, enter the values in the input boxes below and click on the Calculate button.

Hexadecimal number system considers the same concept of the addition of the decimal system. However, the numbers being represented by the alphabetical letters A,B,C,D,E, and F. The addition system in Hex is based on computing the basic addition of decimal at the same time transforming from hex system to decimal system when the values greater than the number 9 is available. Hex addition example is given below:

The system of subtraction in Hex is similar to the process of addition. But, when the borrowing is done in Hex “1” which is borrowed denotes 16decimal and not 10decimal. So, the column from which it has been taken is 16 times more than the column from which it has been borrowed. The conversions and computations of the alphabetical letters A, B, C, D, E, and F are performed properly, the subtraction process is not at all difficult when compared with the decimal subtraction. Hex subtraction example is given below:

Hexadecimal addition calculator can help you in hex addition for a quick calculation. 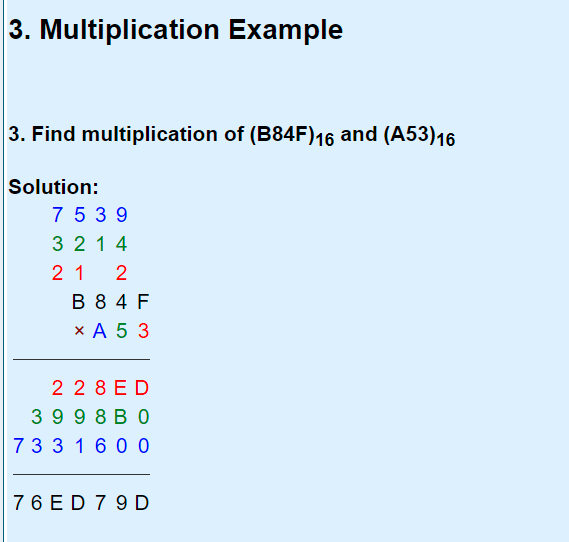 How the division is done? 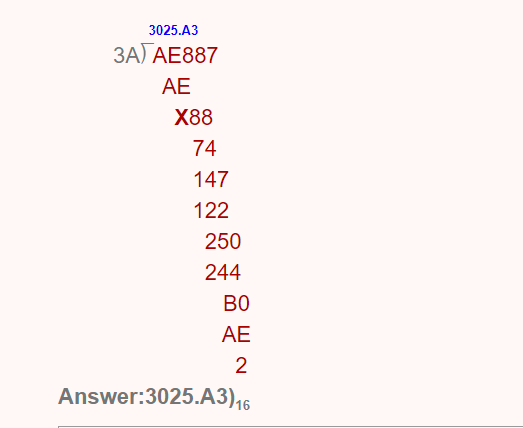 Hexadecimal calculator is used for hex addition, hex subtraction, hex multiplication, and hex division without pen and paper. Hex adder calculator is an effcient tool for adding two hex values. Similarly, hex calculator can easily calculate two given values into 4 different calculations i.e., multiplication, division, subtratction, and addition. Hex to binary and binary to hex converter can be used if you want to convert numbers to hex instead of calculating them.