X
If you need any help, please Contact us
ADVERTISEMENT

Credit Card Number is a 16 digit number printed on a credit card. Different card issuers have their own numbers formate.

Each credit card has a card number, a CVV (Card Security Code), an expiration date and the name of the account holder.

While the CVV, expiration date and account holder name may be the same for two different cards, the card number is created individually for each card.

The format of credit card numbers

The numbers on a credit card may seem random, but they're generated according to a specific standard.

Take this number, for example.

The first digit of each credit card number is used to indicate the card network.

In this case, the first digit is "4" and that's the code number for Visa cards.

After the first digit, the next five digits are used to indicate the issuing institution. In most cases, they refer to a specific bank branch.

After the sixth digit, all digits up to the penultimate digit are generated uniquely for the user.

The last digit, which in this case is a "1", is the checksum used by the Luhn algorithm to verify the validity of the number combination.

A credit card number is only considered valid if it matches the Luhn algorithm.

What are the Different Types of Credit Cards?

Nowadays, there are several different credit card networks, each of which has a slightly different number format.

Before we begin this explanation, we should clarify the difference between credit card issuers and credit card networks.

Credit card issuers are the institutions (in this case banks) that issue cards to their customers according to their usage policies and transaction limits.

Credit card networks, on the other hand, are the companies that provide a communication system between a card user and the issuing institution to conduct transactions.

There are many card-issuing institutions around the world, so it's beyond the scope of this article to go into all of them.

As far as credit card networks are concerned, there are only a few. Let's take a look at some of them in detail:

Visa is the most popular credit card network in the world. According to Statista, the network had 1.8 billion cards in circulation worldwide in Q2 2019.

Each credit card network has a slightly different layout of card numbers. Visa cards can be identified by the following two features:

Some examples of Visa card numbers are: 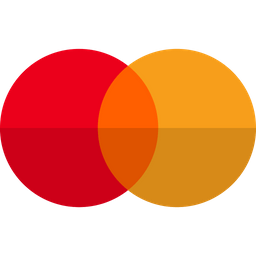 In the last quarter of 2019, there were 1.46 billion Mastercard bank cards in circulation worldwide.

The distinctive features of Mastercard numbers are:

Some examples of Mastercard numbers are: 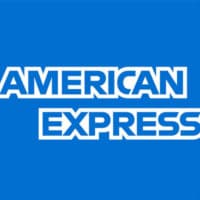 The interesting thing about American Express (or Amex for short) is that it's both a credit card network and an issuer.

As for the statistics, they aren't as impressive or mind-blowing as Visa's or Mastercard's.

The most important features of the Amex card numbers are:

Some examples of Amex card numbers are:

What're the most important details on a credit card?

Technically, all the information on a credit card is important. There are four main values you'll find on the average bank card. These are:

Aside from the account holder's name, the last three pieces of information are what you need to make an online purchase.

Some merchants may also require the account holder's name, but in most cases you can complete the transaction with the account number, expiration date and CVV.

What is a CVV number?

A CVV number on a credit card is a three-digit number that is used to help verify the identity of the cardholder. This number is typically requested in online transactions, as it helps to ensure that the person using the card is the cardholder.

What is an expiry date mentioned on credit card?

An expiry date is the date after which a credit card is no longer valid. This date is usually printed on the credit card itself.